What is generally considered the most festive time of year, filled with good cheer and brotherly love is here. The month of December herald some of the biggest annual holidays of the year across the world. For some, however, this time of year brings hardship and depression and 2020 has had a monopoly on these circumstances. This brings to mind a most famous story written by Charles Dickens, A Christmas Carol. Early in the story, local citizens are asking Ebenezer Scrooge for donations for the poor.

"Are there no prisons?" asked Scrooge.

"Plenty of prisons," said the gentleman, laying down the pen again.

"And the Union workhouses?" demanded Scrooge. "Are they still in operation?"

"They are. Still," returned the gentleman, "I wish I could say they were not."

"The Treadmill and the Poor Law are in full vigour, then?" said Scrooge.

"Oh! I was afraid, from what you said at first, that something had occurred to stop them in their useful course," said Scrooge. "I am very glad to hear it."

Of course everyone familiar with this classic Christmas story knows by the end that Scrooge not only found his humanity but depths of generosity and humility. He finally understands that true happiness and contentment are found more richly through compassion and sharing with fellow human beings. With this most special time of year upon us, be generous - of spirit and pocketbook - if you are so blessed to do so.

The first Tuesday after Thanksgiving has been dubbed "Giving Tuesday". This global generosity movement is meant to inspire people and organizations to support their communities on a local level. If this movement happens worldwide what a holiday month December could be. Could be? It depends on all of us to make a difference no matter how small.

In honor of Giving Tuesday we wanted to spotlight an important local charitable organization. The United Way of Cherokee and Clay Counties. For those not overly familiar, United Ways support the communities they serve. The United Way of Cherokee and Clay Counties serves Cherokee and Clay County. All donations, grants, and fundraising dollars stay local. There is very little administrative overhead as Executive Director Dr. Karen Borchers takes an extremely meager salary for her herculean efforts. Dr. Borchers has lead our United Way since 2000 and, thanks to her exceptional grant writing skills, she has successfully supported many area charities. One of the grants Dr. Borchers obtained this year was for $80,000 from the Nantahala Health Foundation which helped support local food pantries, area shelters, COVID Emergency funds and many more areas of need. This year has been especially challenging with all events and fundraisers cancelled that would normally fund the many projects the United Way of Cherokee and Clay Counties supports. So donations from businesses and individuals have been and continue to be an important resource for this vital 501(c)(3).

As you are deciding where to donate this year consider the United Way of Cherokee and Clay Counties. It is easy to do and all donations are deeply appreciated by those the United Way serves. 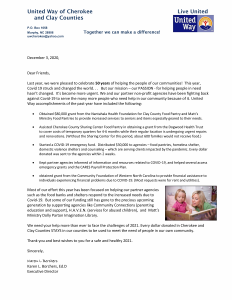 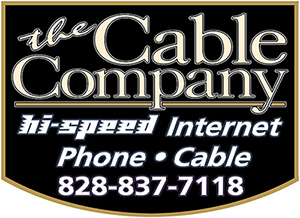 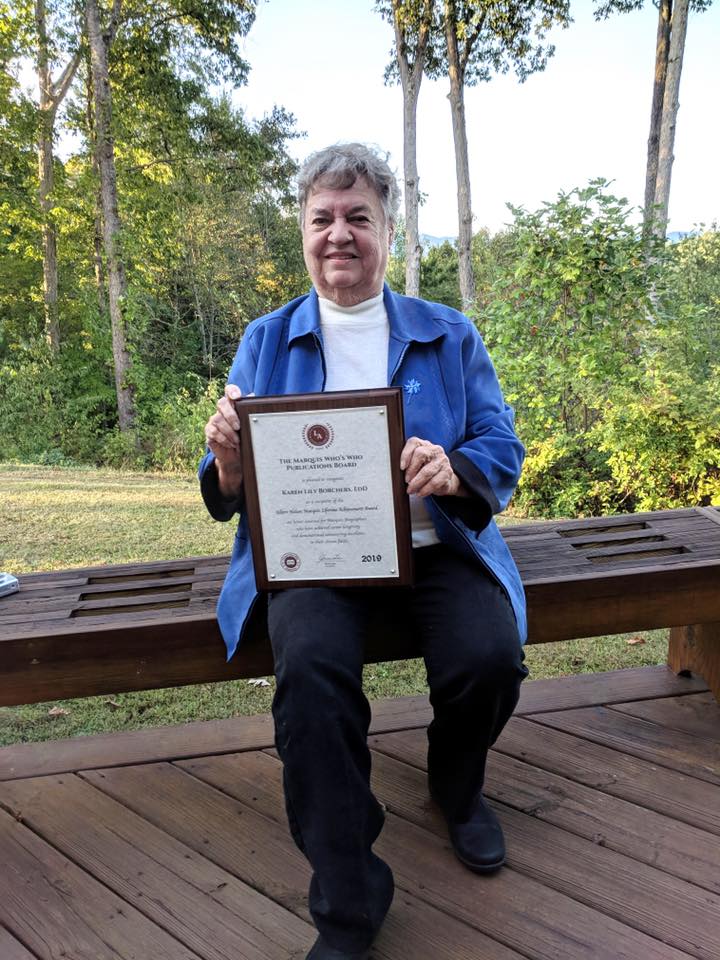 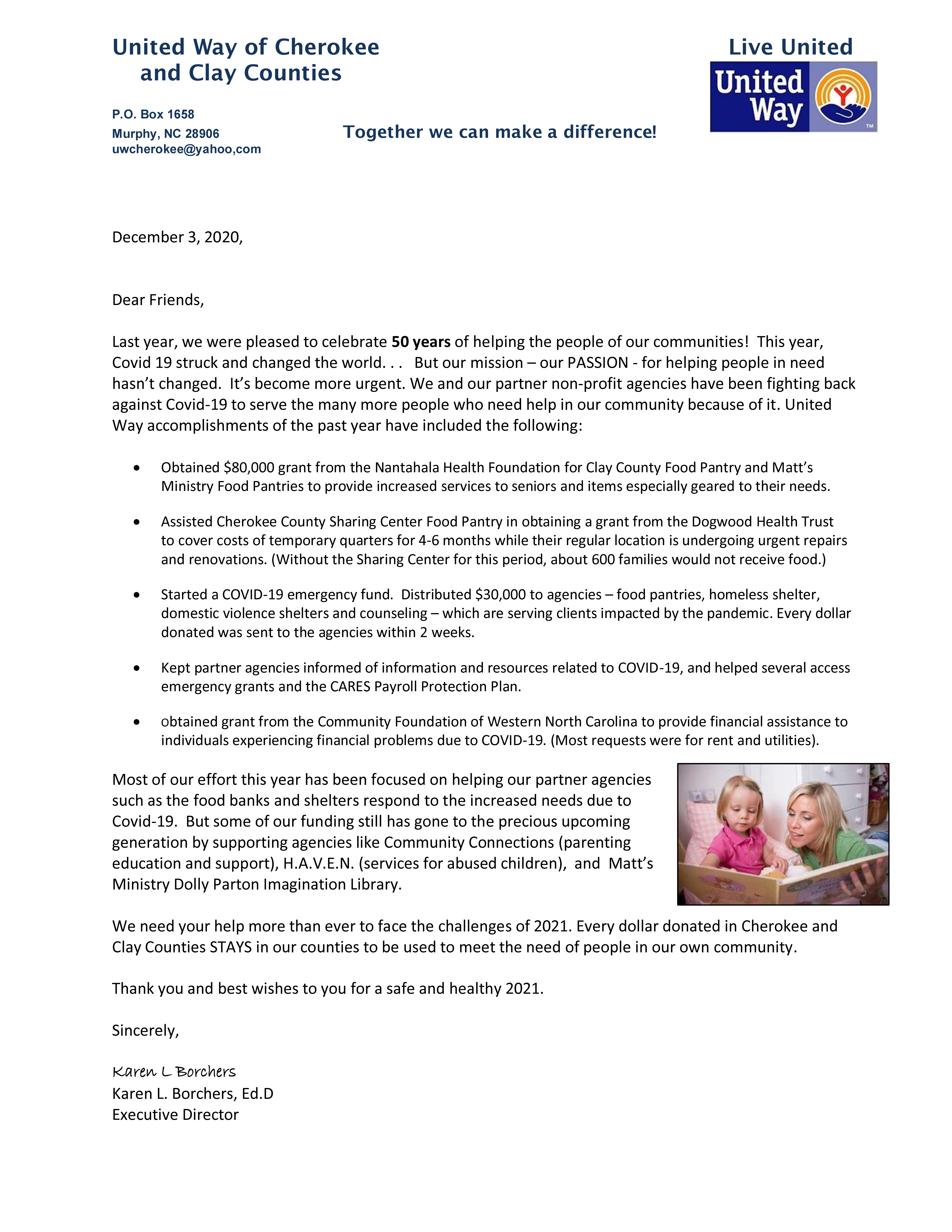